The main idea is to study in a (possibly) model independent way scalar and vector resonances that are easier to constraint when pair-produced than when singly produced, and that then decay into pairs of SM states. The typical final state will therefore be a pair of resonances. We will list all possible allowed states and construct simplified models to describe them, giving where possible references to existing models as example of their realisation.

Considered resonances can be spin-0 (scalar) or spin-1 (vector), coloured or SU(3)-singlet, and a fairly simple classification can be done accordingly to their transformation under the SU(2)_L × U(1)_Y group of the SM. Fermionic resonances (such as vector-like quarks or leptons) are already considered elsewhere.

The main idea behind this, is that low-mass resonances decaying into jets are loosely constrained for masses below (roughly) 1 TeV, leaving open quite some space for relatively light states (compatible with Tevatron limits).

In order to couple to pairs of SM fermions, Y=0,±1. The case Y=0 is uninteresting here, because it has only trivial gauge couplings (still it can be considered in VLQ decays). Hence, the only possibility is Y=±1, leading to a vector with charge ±1 (singlet W').

The only vector current that can be written that preserves Lepton and Barion number couples the vector to RH quarks: g_S \bar{u}_R S_\mu \gamma^\mu d_R

Single production is model dependent and depends on g_S. It usually dominates over pair production, which might take over for small g_S values. On the other side, pair production is mediated by SM gauge interaction and from this point of view, it is rather model independent.

Perhaps the most interesting case. In order to allow for decays, Y=±1/2, therefore, the double consists of a charged state D^± and a complex neutral state D_0. However, tree-level couplings to fermions are all forbidden by lepton and barion number conservation, since they have to include a fermion doublet and a fermion singlet. Decays can be now given either via mixing with SM gauge bosons or by direct coupling to fermions via higher order operators, generated at loop level or via the Higgs boson (breaking SU(2)_L).

As for the vector singlet, to allow decays one needs Y=0,±1. It is only possible to couple the triplet to SM doublet fermions such as g_Tq \bar{Q_L} T_\mu \gamma^\mu Q_L and g_Tl \bar{L_L} T_\mu \gamma^\mu L_L. Such couplings are allowed only for Y = 0, hence also the triplet is made of a charged state T^± and a real neutral state T_0.

Only allowed decays are

Notice, the T_0T_0 case behaves exactly like the vector singlet case. However, here one can exploit the correlation with the charge state that must be present. 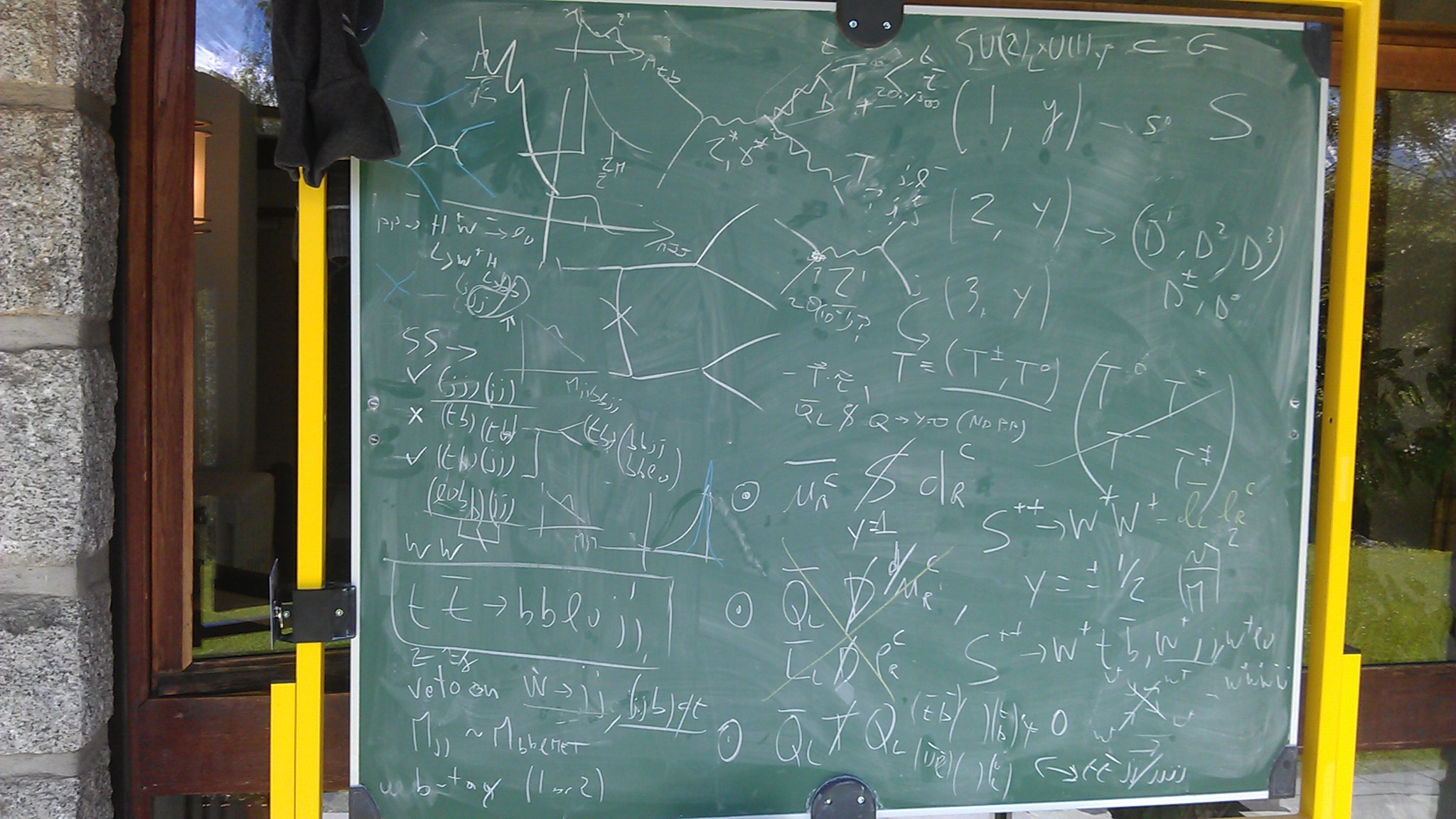 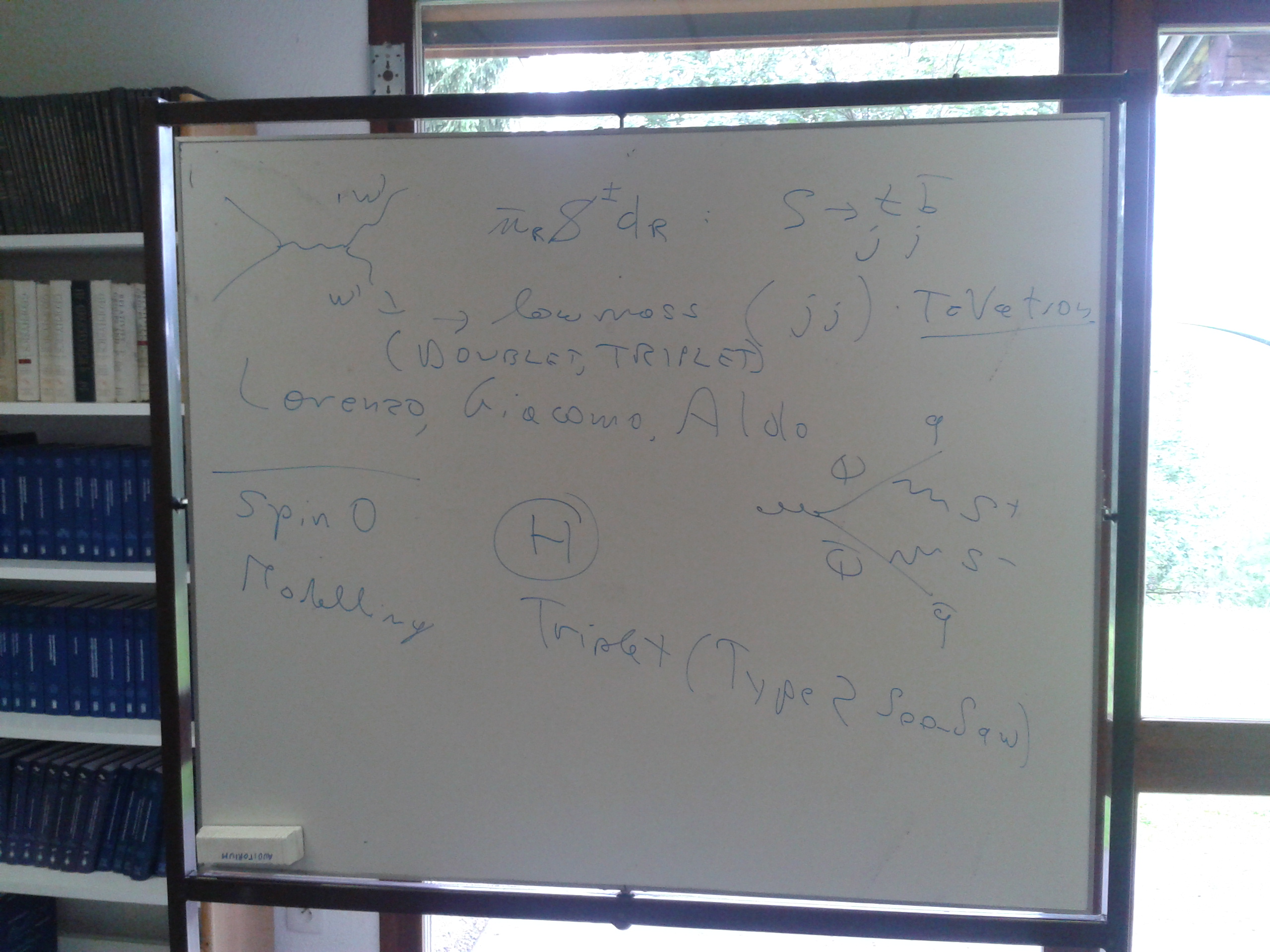