We chose to represent two different classes of models:

see below for the two projects (model files, who's doing what, etc…)

Status of the projects:

Please, add your name, or project you'd like to be involved in.

Note: individual pages for each projects can be created and linked here. Please contribute!

* Single VL representation that mixes to SM quarks via Yukawa couplings. Coupling to light generations not set to zero.

* Remarks: T has charge +2/3, B charge -1/3, X charge +5/3, Y charge -4/3. For the Standard doublet, only mixing in the up sector has been considered (see case lambda_d=0 of Table 2 in 1305.4172), because mixing in the down sector is strongly constrained by flavour (and less motivated by naturalness). Note that the pattern of decays change significantly if a sizeable mixing in the down sector is added. The remaining cases are general. For some multiplets the quantum numbers do not allow some couplings (ex. in the exotic doublet (X,T) there is no coupling T'W and standard quark, just to Z and h). See table 1 of 1305.4172 for a complete list.

* Note : updated versions of CalcHep model files using version 1.7.178 of FeynRules (solves a small issue with the latest version of CalcHep), UFO model files from Feynrules 1.4.9 (there is a known issue with the UFO files due to MadGraph which is fixed in the forthcoming version 1.5.11) Thanks Benjamin for the information. Quick fix in the meantime if you generate yourself the model files from the FeynRules model: edit particles.py and replace all occurences of 'goldstone' by 'GoldstoneBoson'.

Things to do, and think of

- FeynRules implementation of the toy models (with parameters as in this page);

- find processes not covered by present searches (prospects at 13 TeV)

Model files and additional material (events?) will be made available asap (Dropbox?).

- Comment from Benj: maybe not the events (too huge files after PS/hadr.). 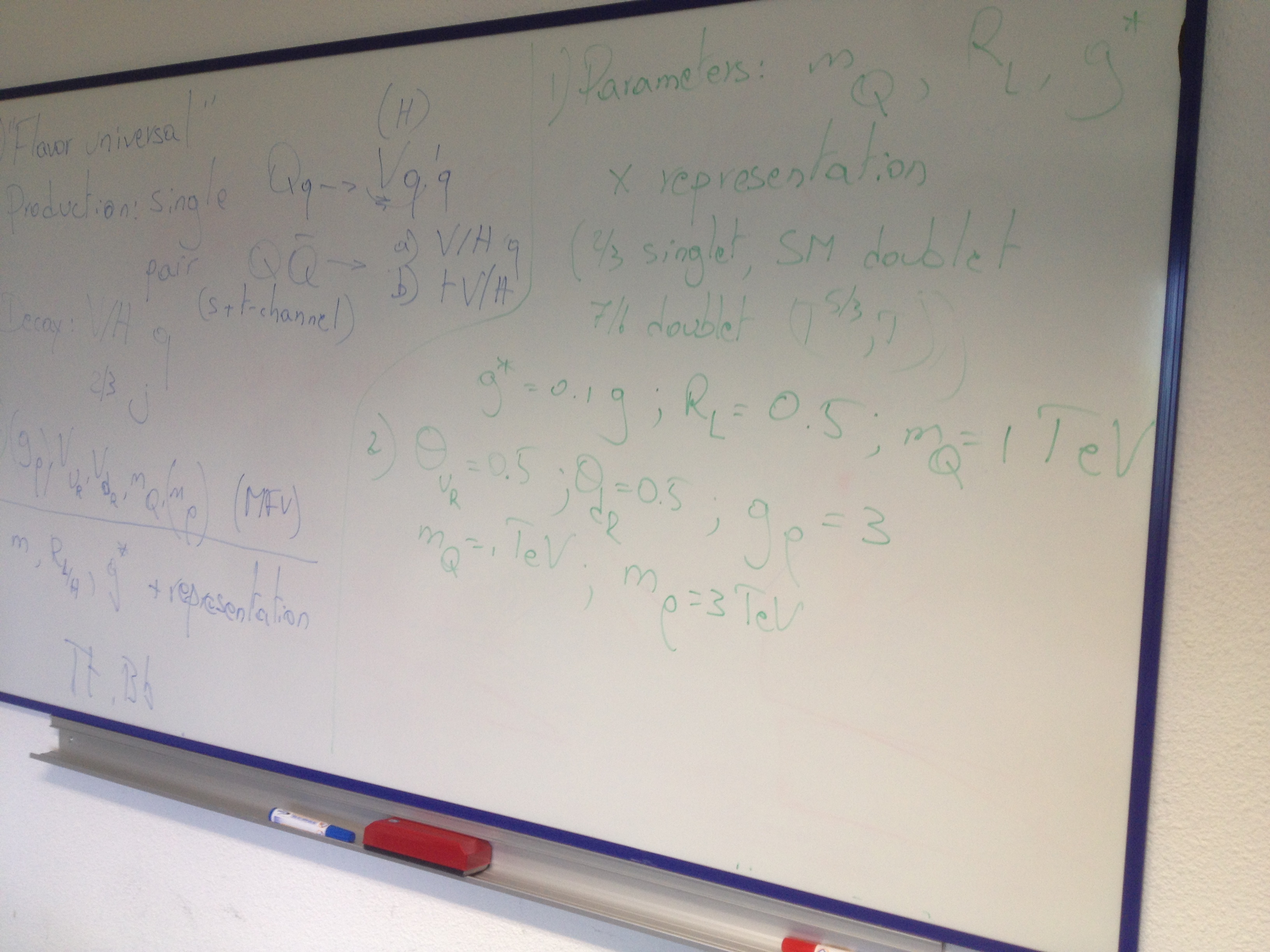 17th June discussion : we go both for the “generic” model on a multiplet by multiplet basis to test the cases with 1st and 3rd generation mixings and also MFV with rho, which is a case with t-channel resonance. Aldo and Giacomo provide Madgraph and Calchep model files for the first case, Veronica for the second. Analysis following the suggestions and benchmark decided last Saturday. 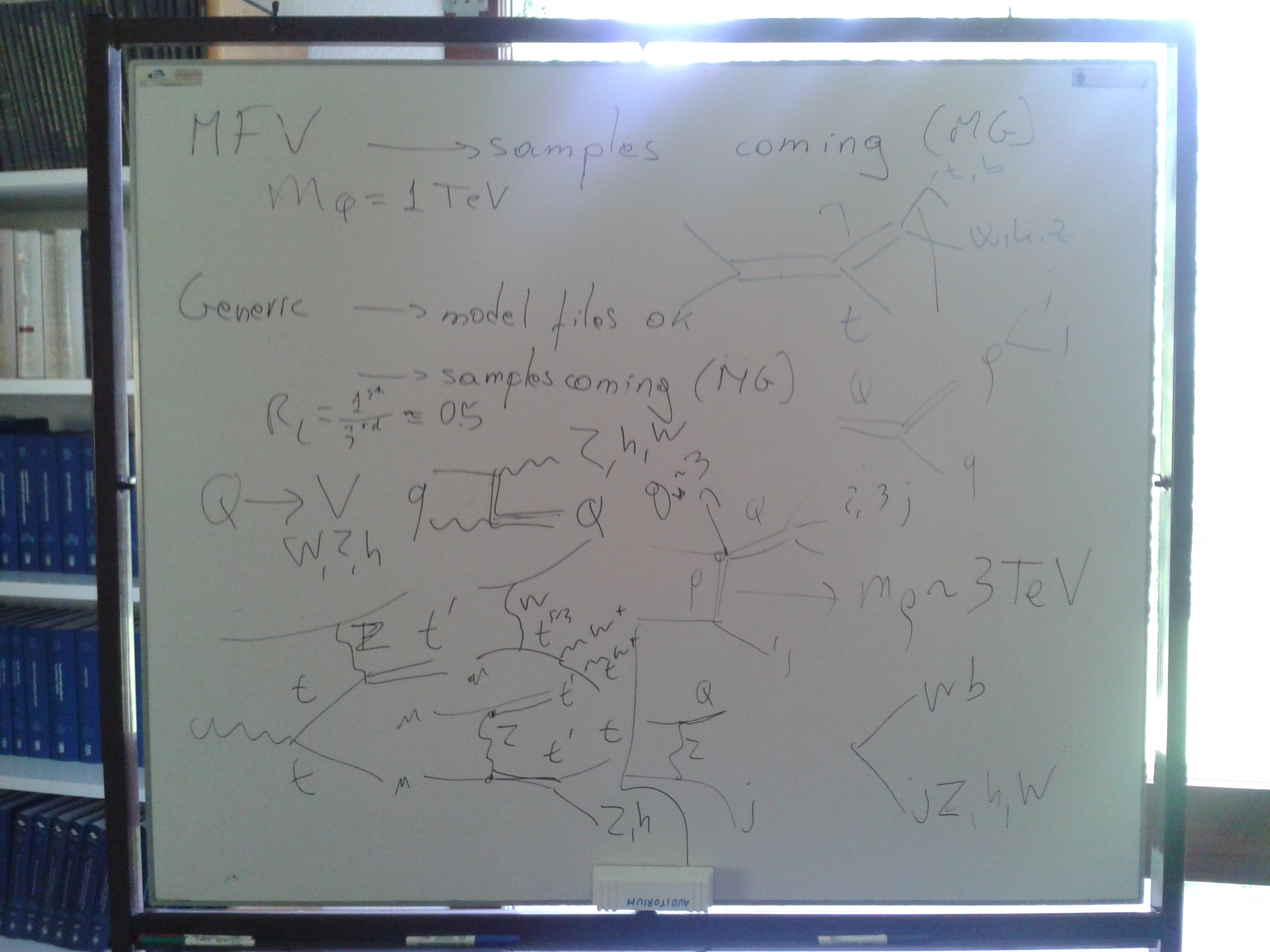 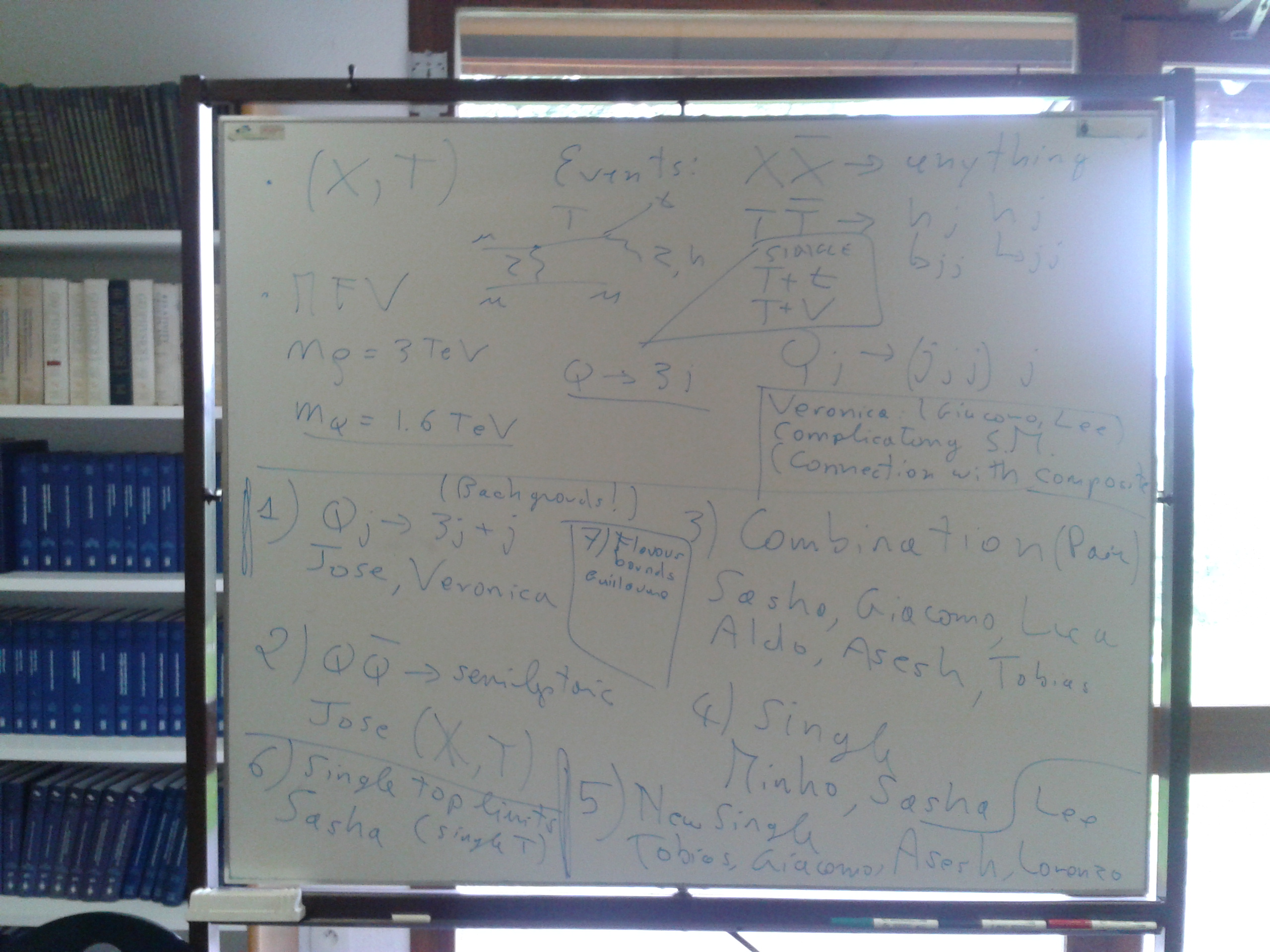