Discussion of 18th of June: 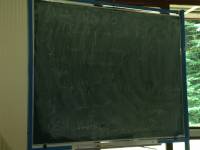